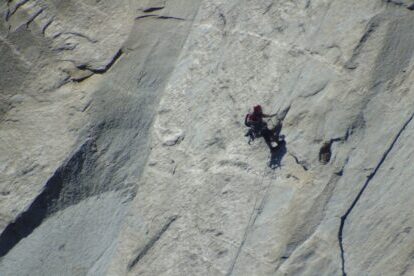 Below we have outlined some case studies. These highlight stories where we believe we helped and made a difference. Of course, we have highlighted stories where we had more impact, and not all our assignments are quite so successful. Ultimately, whether coaching works lies as much if not far more with the coachee. Our role is to bring out what is already there – the hard work is done mostly by the client. All of these case studies are anonymised and adapted to maintain confidentiality.

I have worked with a number of CEOs from a variety of sectors. One assignment involved working with a CEO who was keen to establish a strong senior team and reshape a culture towards high performance and deeper levels of respect. The relationship lasted over many years, with several iterations of coaching both her and the team. Our coaching ranged from helping her develop key leadership skills and perspectives, advising on people development issues in team members, being a sounding board on issues of culture and facilitating tricky discussions with team members. Under her excellent leadership, the senior team developed and became an immensely capable group of motivated and aligned people. She saw the company grow into something much, much bigger and become a global presence. Equally significantly, the CEO’s vision of a high performing, highly respectful culture was realised – something very special was created.

I have also worked with a number of other senior leaders and influencers. One assignment included working with a senior technical person who wanted to develop his communication skills and his ability to have difficult conversations with very assertive Board Members. This involved working through some identity and confidence issues. It also involved helping him understand his own personality more, and helping him read other personalities better so that he was more able to adapt his communication more effectively. Eventually he left the organisation on very good terms, and went into a role where the culture more fitted his communication style.

Transitions in work and life

I have worked with a number of people working through difficult transitions in work and life, including redundancy, feelings of failing in a role, retirement, major relationship breakdown and loss, family difficulties, and working through very difficult emotions that wouldn’t go away. One assignment involved a highly capable person who had been “let go”, but knew that part of this had been about his performance. My role as a coach was to help the person gain a balanced perspective on what had happened, and frame how he had been handled in a way that rebuilt confidence and identity, whilst learning lessons that could be used for greater flourishing and success at work. Initially we worked through conversations about his emotions of failure, anger, anxiety and confusion, what had happened and why. We began the work of healthy framing and helpful narratives. Once we moved on from the emotions and framing part, I began to help the client map out some plans for a successful career- we got into the territory of hope. He went on to a really exciting, well-chosen new role. More importantly he regained a sense of his strong identity, credible hope and made peace with his old team mates and boss.

Helping people in their emotional and spiritual lives

I have worked with some people who have found themselves simply unhappy – feeling that their emotional or spiritual life wasn’t working: anxious; emotionally low; struggling to find peace, joy, hope; not always feeling too good about themselves. Some I have worked with of Christian faith have felt like the love of God seemed a long way off. I am not a psychologist (I have a Coaching MA and been on counsellor and Spiritual Director training), but as a coach I do have skills and experience in helping people grow in living lives of greater constructive emotion and deeper spirituality. One assignment included someone who struggled with anxiety, low confidence, optimism about the future and building deep and mutual relationships. To begin with we focused on the identity and confidence issues and began to look at creating some new thinking patterns that helped with the anxiety. I helped the client keep a mood diary which we would discuss, review and use as a basis for work in the next month. We then moved onto identifying pessimistic thought patterns and replacing these with credible narratives that supported greater optimism. Then we moved onto relationship building – identifying ways of thinking, communicating and behaving that were already working well (reinforcing confidence, lessening anxiety and helping with optimism). Finally we identified a few new relationship and communication skills as well as attitudes that needed to be developed. This took about eight to ten sessions over a year and left the client on a much better pathway to flourishing. Several key relationships were greatly improved, job performance went up, anxiety levels dropped significantly and constructive emotions of confidence, optimism and positivity started to become more the norm.

I have worked with many individuals to help them grow in their understanding of their own personality. To support this I frequently use personality questionnaires. Whilst they can never disclose the entirety of someone’s personality, they can be extremely helpful models to understand temperament and preferences in a positive and constructive way. They can also be a great way of helping people understand others and know how and when to adapt their communication and behaviour. I worked with one individual who was a member of the senior team in her organisation. As part of my work with the organisation, all the senior team completed personality questionnaires and I gave each person individual feedback. This particular person felt that she led differently than the other members of the senior team, and this was reinforced by the results of the personality questionnaire. She felt the culture of the organisation was unconsciously affirming a ‘right’ style – and her style didn’t quite fit . She and I had a number of conversations around her personality preferences and how she could lead in the light of those preferences whilst still collaborating well with her colleagues. The coaching really helped her get in touch with her own gifts and personality more. She felt she could be more herself, which in turn really strengthened her self-belief and performance at work.

I worked with someone who was in a highly technical, scientific role and wanted to move into a broader, marketing role within her company. We worked together for 18 months, and over that time we made a careful exploration of how she could reposition herself. We explored her strengths, her limitations, her transferable skills, her personality style (via a personality questionnaire) and how to make the most of the opportunities before her. Conversations explored progress and how to keep her confidence strong as she persevered towards the goal. She eventually gained the type of role that she wanted and was very pleased with the outcome.

I have worked with many people who have wanted to improve their presentation and communication skills, both in one to one coaching and in small group training. It is so important for people to see themselves giving presentations – it is the only way to see yourself as others see you. I have therefore done a great deal of communications training by using video in one to one sessions. Videoing a presentation, playing it back and debriefing it, then practising elements again is a powerful way to develop self awareness. I worked with one individual over a number of sessions to help them communicate more confidently and project themselves well in presentation situations. The client could clearly see areas to work on from the video playback, including their facial expression, pace and voice tone. The client was able to make changes and immediately see their effect on the video, and was encouraged to see the progress that was being made. The client ended the year as a more confident, impactful and self-aware communicator.

John and I have both worked in the Christian charity sector helping younger leaders grow. A particularly helpful combination of development has been running half day or two hour workshops, followed by one to one coaching to discuss and apply the material to each individual’s situation. The one to one sessions have covered a wide range of areas including growing in Christian character, understanding your gifts and personality, working out a leadership style that works for you, having a spirituality that is life giving, building strong and mutual relationships, handling pressure and stress, learning how to lead and influence, communication skills, growing in confidence, handling people you find difficult and having great but difficult conversations. This approach has helped younger leaders to develop vital skills and a deeper spirituality. It has also helped them reflect and take strategic action to support their growth and development as people and as leaders. We have seen this type of input for younger and growing leaders have a significant influence on the effectiveness, flourishing and growth of leaders who will hopefully go forward and shape the world.

Flourishing in the dark

Our garden is quite small, but we like it. Our goal is to make a tiny Eden despite the fact that it has restricted sunlight and there are some large trees at the back. We relate to the lawyer Shardlake, in CJ Sansom’s books set in Tudor England, who would always retreat into the garden to be surrounded by the flowers when he needed perspective and rest. Flowers, however, are harder to grow in darker gardens like ours. But here is one that was having a good year. 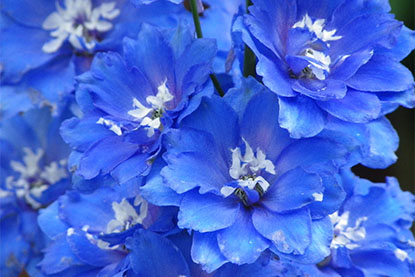